Description: Often considered to be Britain’s favourite bird, the instantly recognisable European robin, robin redbreast or simply robin, is a familiar sight throughout the year, particularly in winter. There are estimated to be 6,700,000 breeding robin territories in the UK. 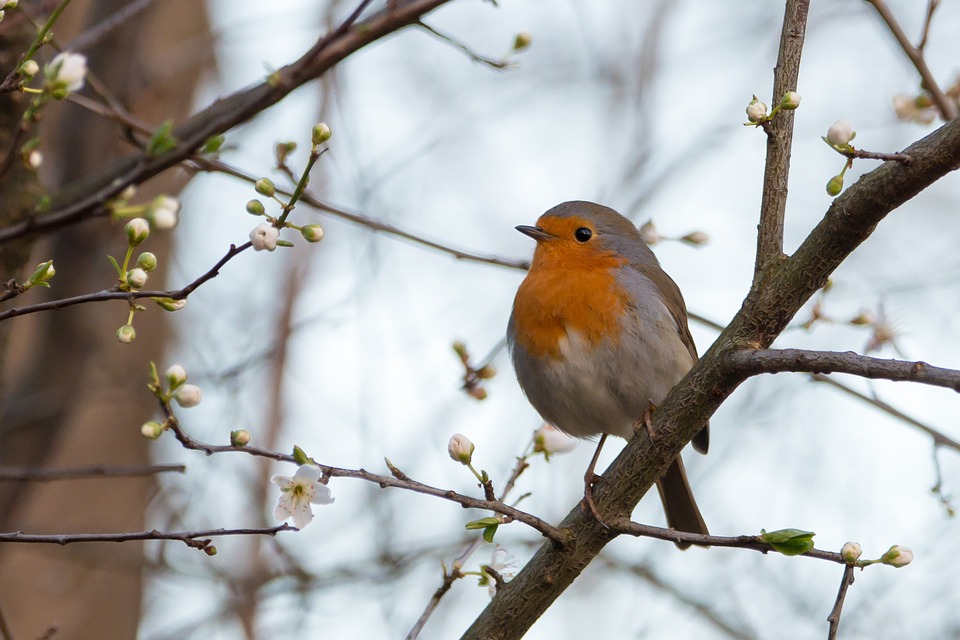 Species: Robins are insectivorous passerine birds, specifically a chat. Passerine birds make up more than half of all bird species, and can be identified by the arrangement of their toes – three pointing forward and one back to help them perch.

Colouring: Male and female adult robins have similar plumage with an orange to red breast and face, cream, buff colour underside and light brown back and wings. Their beaks are short and thin. Juvenile robins are spotted brown and white all over, with patches of orange gradually appearing.

Habitat: Robins can be found in Western Europe, from Poland to Spain all year round. They also summer in Scandinavia (excluding Norway), the Baltics and Eastern Europe including Russia and will winter in North Africa. Their habitat is mainly spruce woods, gardens and parks.

Breeding: Robins lay clutches of five or six eggs in the breeding season, beginning in March. Baby robins will be able to leave the nest t around 13 days old, and after two to three months grow their adult feathers. Most pairs of robins try to raise three broods a year, some manage five.

Lifespan: One to two years.

Why not get yourself a homeware item featuring a robin, or add some new items to your shooting wardrobe such as a tweed shooting jacket or cap? You can also check out some of our other blogs on Britain’s wildlife.