In 9 months Bruce has turned from a 5kg fluff ball to a 30kg lump of bouncy adolescent dog, and is looking as though he'll weigh a good 40kg by the time he's finished growing (which is at around 18 months for most dogs).

So how is he doing?... Well so far I'm very pleased with him, but he is by no means perfect! At 4 months he was probably better than he is now, as he is currently still in his "teenage years" and testing every boundary possible at every available opportunity. The thing that prompted this article was a particularly trying outing with him, which was compounded by the fact I was a guest on a farm my friend Bill manages. The task was to track down some of the numerous Roe Bucks that were on the property as there were simply too many and some of the poorer specimens (very elderly, injured, or deformed) had to be removed. Bruce has primarily been trained as a deer-dog, hence I got him from Scotland where they tend to breed them to be a lot bigger. He's been out on quite a few outings with me and has performed well in terms of being quiet, staying where I leave him, and finding downed animals in long grass or thick wood. He's also performed very well in tracking deer that have been injured by cars or dog-walkers losing control of their dogs.

I arrived at the farm at 7.30pm yesterday, grabbed the rifle and dog out of the boot, and went to find Bill. "Bringing the dog?" he asked me. "Yes if that's ok? - he's coming along very nicely". With that we all jumped onto his Kawasaki Mule to drive over to the meadow where most of the deer were. "We need to tag a calf en route mate" Bill said - so a little detour into a wood to pin down a day old calf under the disapproving glare of its mother.

Mission accomplished (whilst I safely hid in the Mule) we set out onto the meadow. Bruce promptly leapt from the Mule and proceeded to start playing "chicken" with it! "Do you want to put him back in?"... "Yes I replied" ("Bruce you little g*t" I thought). 5 Minutes later Bruce was out again, "get in!" I shouted (no response)... so I jumped out of the Mule too and glared at Bruce whilst tapping my thigh and saying "on me" (still no response!). Bruce was clearly in one of those moods where no amount of scolding or praise was going to make any difference. The look on his face was tantamount to a "middle finger" from an unruly teenager!

After profusely apologising to Bill I decided to tie the dog in as I mistakenly thought he'd understand he can't go anywhere when he's on a lead... 5 minutes later he nearly hung himself off the back of the Mule! I decided to just let him run alongside the vehicle and discouraged him from playing chicken by shouting "get on" at him - hardly conducive to deer stalking! More apologies and followed by me ending up with a 30kg Labrador on my lap! We saw an injured buck limping across one end of the meadow and as I had the dog Bill took the shot using the mule roll-bars as a rest - the shot went high and missed completely (due to a fidgeting Bruce), there would have been another shot had Bruce not leaped out of the seat and taken off towards the deer which fled into the neighbours woods. "Sorry Bill"... a scowl from Bill in response. "BRUCE! ON ME!"... no response, in fact the little sod took up his search for the phantom deer with increased gusto. I was seeing red by this point and began to wonder what Bruce's head would look like above my fire place. He eventually wondered back to me looking rather pleased with himself and it was all I could do not to throttle him.

Against all odds we caught up with the injured buck just before last light. I took the shot and it went down instantly about 120yrds away in long grass. Bruce waited as he usually does then took off to find the animal when I gave him the command. He waited with the buck until I arrived, then promptly took off into the nearby hedgerow and ignored all commands to return for the next 5 minutes! He eventually returned and posed for a photo, we then gralloched the deer ready for the chiller. I'm forever reminding myself of a very experienced friends advice "tak yer teem, und bee c'nsustent" (take your time, and be consistent - he's from Aberdeenshire!). On reflection of the whole ordeal it isn't really surprising that Bruce behaved as he did - he's never been on a Mule before, the farm is full of smells of birthing cattle, there are numerous deer trails and the smell of new fawns - so a 9 month old inexperienced puppy running around like a headless chicken is to be expected. What then compounded this was me becoming aggravated - my whole tone and body posture will have changed; so I may as well have been speaking another language to Bruce! On the whole Bruce does as he's told, however he is very excitable around guns & game and is easily distracted by other dogs and exciting smells. Whilst he may look like a fully grown Labrador I have to remember he's still only 9 months old and still has a lot to learn. It's important I maintain steady boundaries and discipline, but the worst thing I could do at this stage would be to crush his enthusiasm by being too harsh. At 18 months I will know the standard of dog he will become, and at 6 years old he'll be at his peak - until then it's a case of taking my time and remaining consistent!

For those who are new to the sport of shooting, it is important to learn the etiquette of the sport to ensure that you keep yourself and those around you safe. It may seem as if there are thousands of rules in the shooting world, and rightly so, as guns can be incredibly dangerous when not handled correctly. Learning to conduct yourself in a safe and appropriate manner is of the utmost importance whatever your age, and it may take a little bit of time to get to grips with all the traditions of shooting. However, the sport can be incredibly enjoyable once you’ve learnt the ropes. The rules of clay pigeon shooting are much more relaxed, so if you’ve just begun to learn and practice, you won’t need to adhere to all of the things we’ve mentioned. Our beginners guide is here to help you to get the best out of the experience of your first proper shoot:

Though the shooting season is coming to an end, that doesn’t mean you shouldn’t be kitting yourself out with quality shooting gear that can also be used for a variety of country pursuits in the intervening months before the season returns. It is always good to prepare yourself for outdoor activities you partake in, so we have put together a list of our best ladies and men’s shooting jackets for 2019 available on our website. 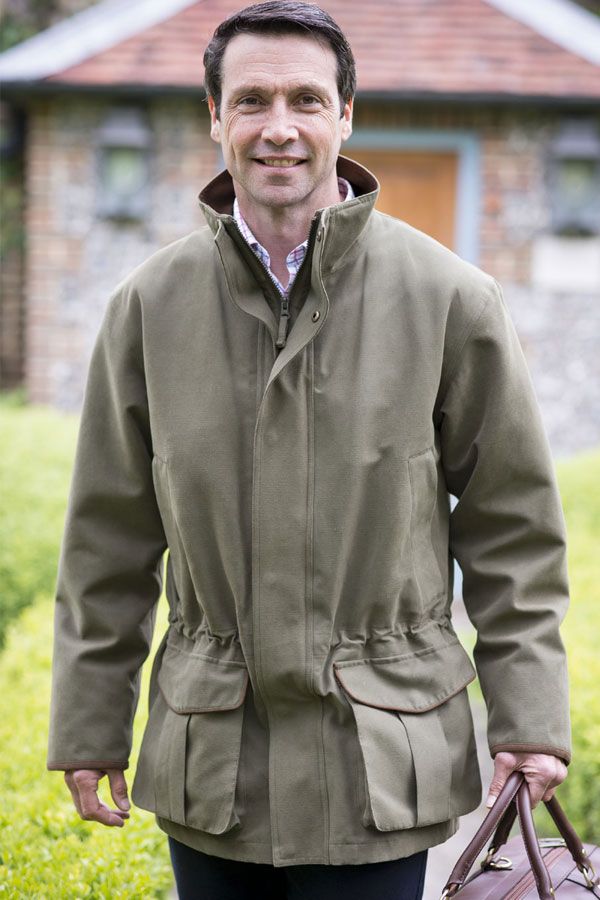 Before you race out the door, donning your shooting jackets with your shotgun in hand, you need to ensure that it is fully licensed. Don’t wait until the police reminder letter comes through your door, as it is often too late! This guide will tell you everything you need to know to renew your license for when your shotgun certificate is getting close to its expiry date. 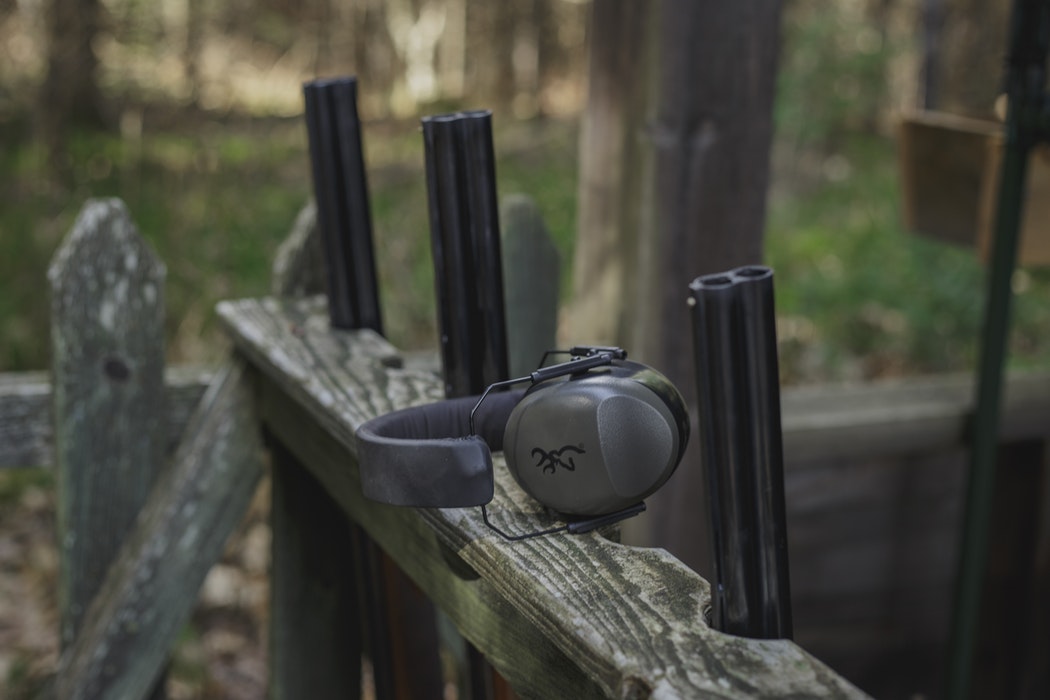 Your footwork is crucial for you getting more hits, and it can often be neglected as an area to improve upon. Though the shooting season starts again in a few months, you can work on your footwork at home or with clay pigeon shooting. We have put together some tips to get you started. 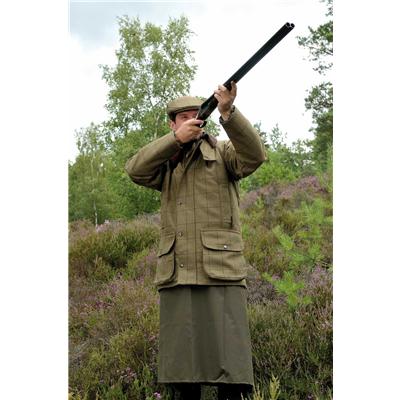 The gun mount is a crucial part of good shooting technique and knowing how to do it correctly can make a difference in consistently hitting targets. There are exercises to do at home that can help you shoot successfully after mounting your gun. We have put together a guide on how you can improve, so you will enjoy better shooting when the season starts again. 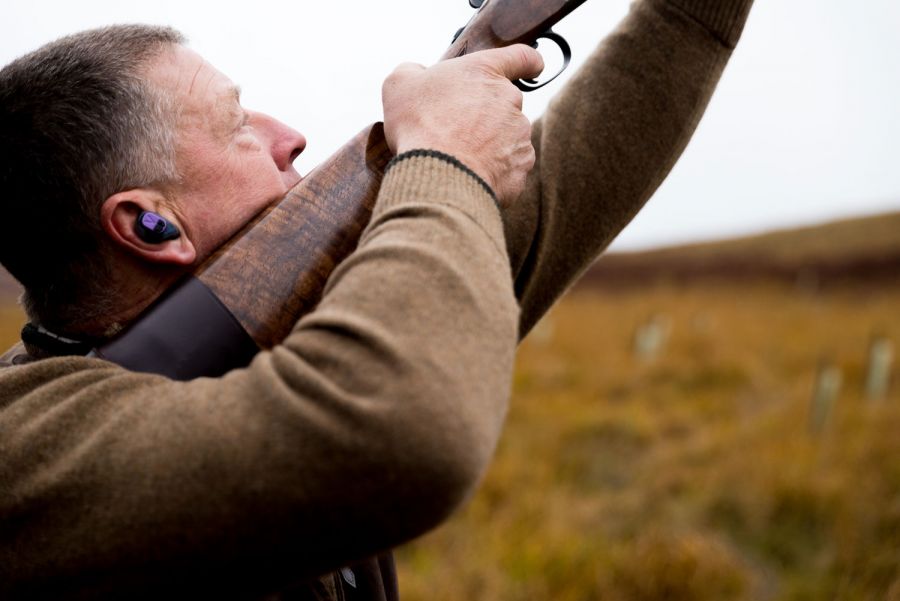 Maintaining your shotgun is always important, especially in the off-season when it can be locked away for months on end without being used. Not only will regularly caring for your gun help to keep in it pristine condition but it will also ensure that no damage is being done while you are storing it away. Below, we have provided answers to our top six gun maintenance FAQs to help you maintain your most vital piece of shooting equipment: 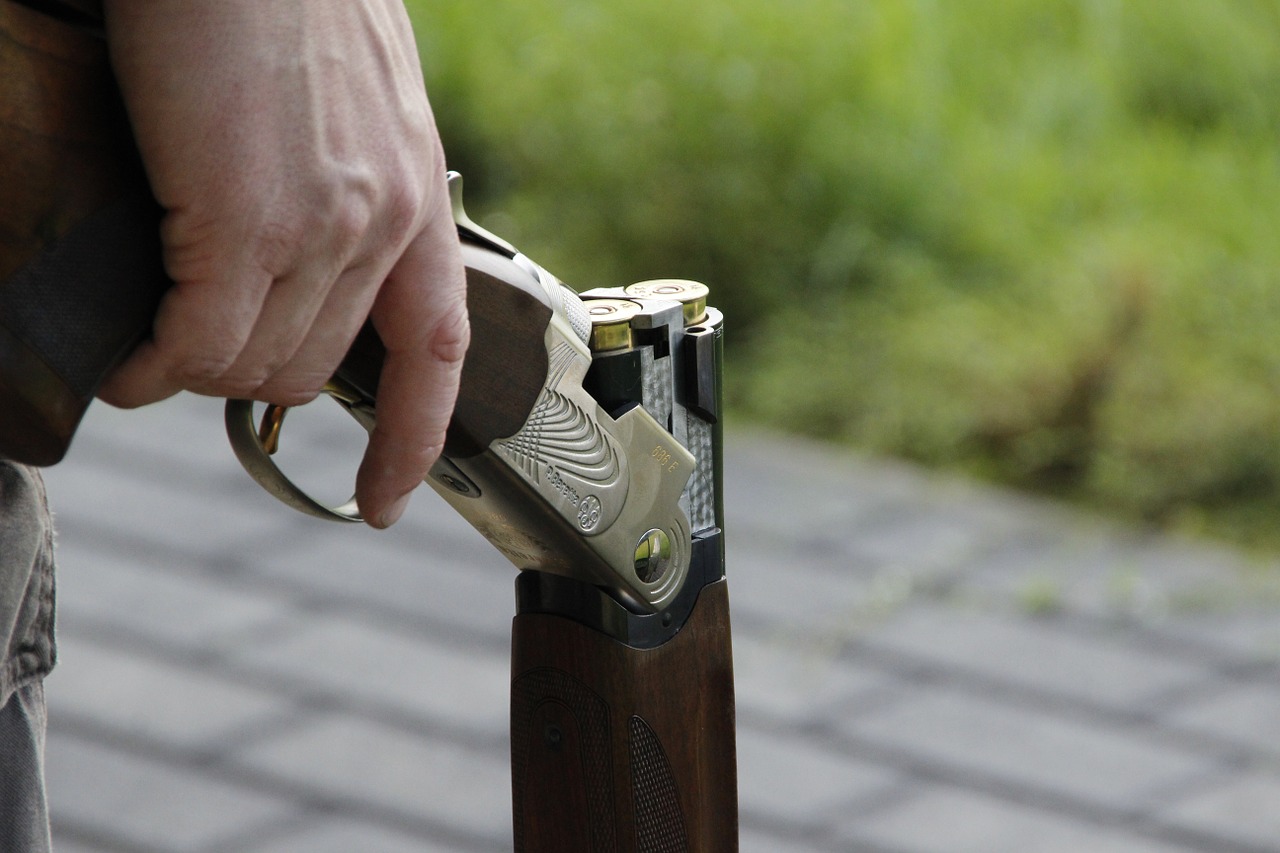 Game shooting is a sport which has been around for centuries and continues to be popular today, with new people taking up the sport every year. Game shooting can be introduced to you by friends or family, but for complete novices who want to give it a go, we have put together a short guide on the best ways to get started. 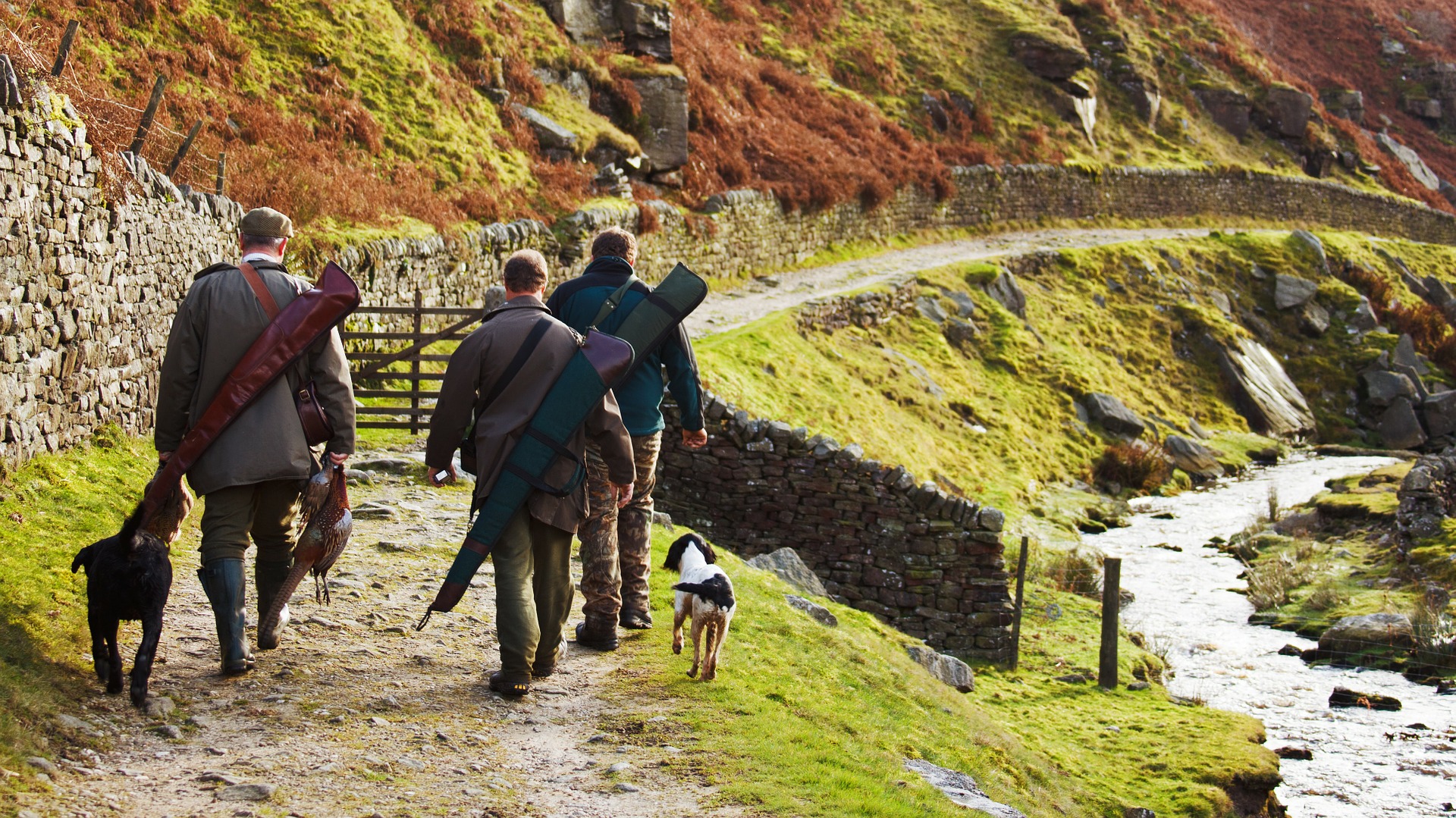 Tweed is often considered the closest thing we have to British national dress; it is the cloth of royalty, deerstalking, fly-fishing, academics and fictional detectives. Following the path tweed has forged leads us to an interesting history entwined with class, gender and fashion from the 19th-century to the present day. Today we’re delving into the history of tweed and exploring its life from function to fashion.