Do you know what length your chamber is? Do you know if you need a “28 gram, 6, Fibre” or a “36 gram, 4, Plastic”? If the answers were “no” then read on, as this article will explain the jargon! A basic understanding of shotgun cartridges is essential to anyone involved in shooting, and will certainly help to improve your performance in the field. Knowing which kind of cartridge to select for each scenario is a necessity for those in the shooting community, so we’ve got an introductory guide today to explain the basics: 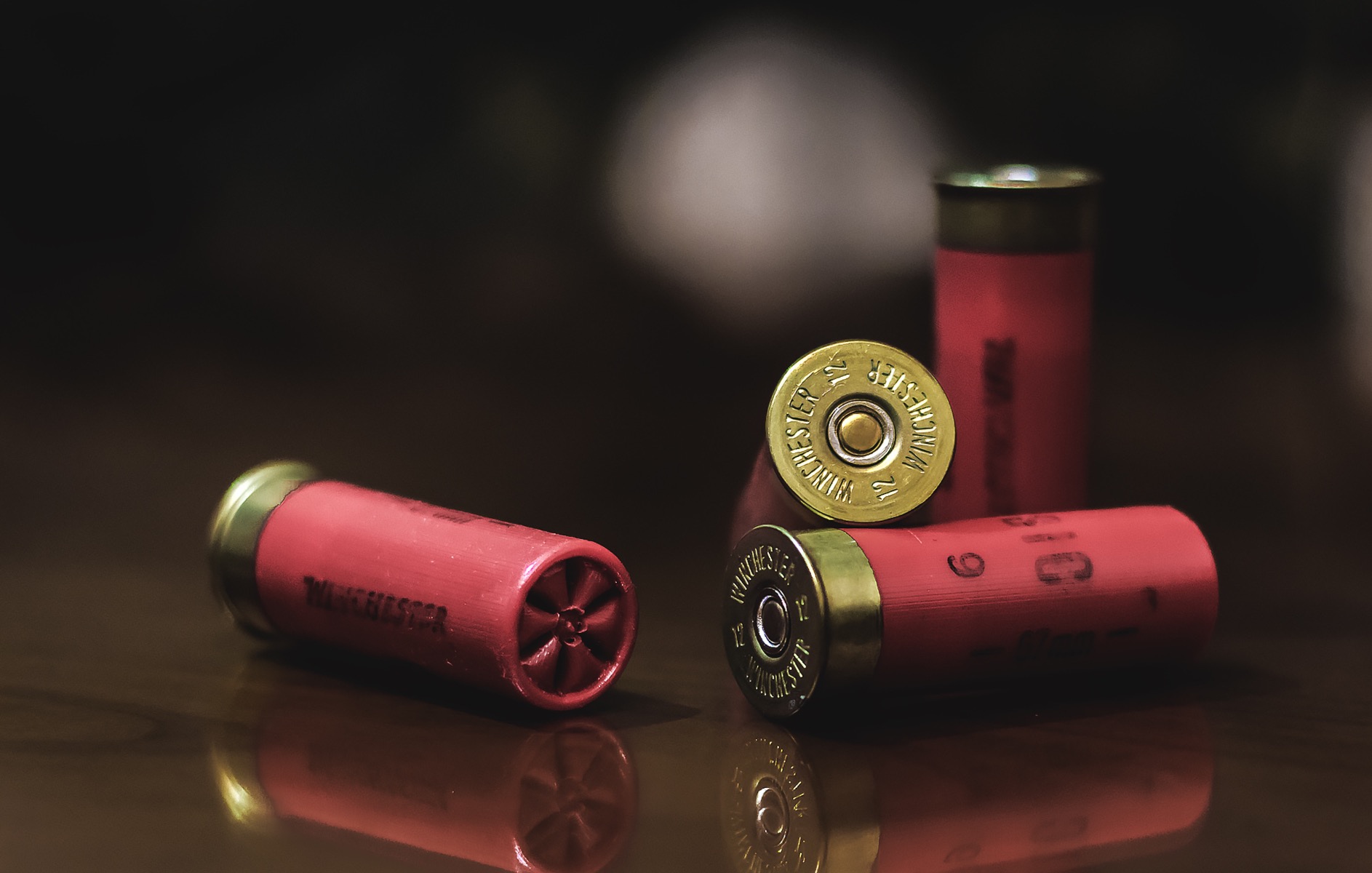 There are five components to a shotgun cartridge, and they are as follows:

The primer in a cartridge is what sets off a chemical reaction when the trigger is pulled, this means that the firing pin hits the powder, generating heat and igniting the powder to propel the shot.

Once the powder is ignited, it will generate gasses that in turn generate pressure to propel the wad forwards towards your target.

The “Wad” refers to the small disc of material that separates the powder from the lead shot — it is pushed down the barrel behind the shot when the powder is ignited by the primer. The wad creates a seal to help the pressure reach an adequate level, used to push the shot out of the cartridge.

The shot is the component of the cartridge that will actually hit your target and typically consists of a number of small, perfectly round pellets.

The case is what encompasses all of the above; they’re typically made from plastic and are crimped at the end to manage the pressure and pattern of the shop. 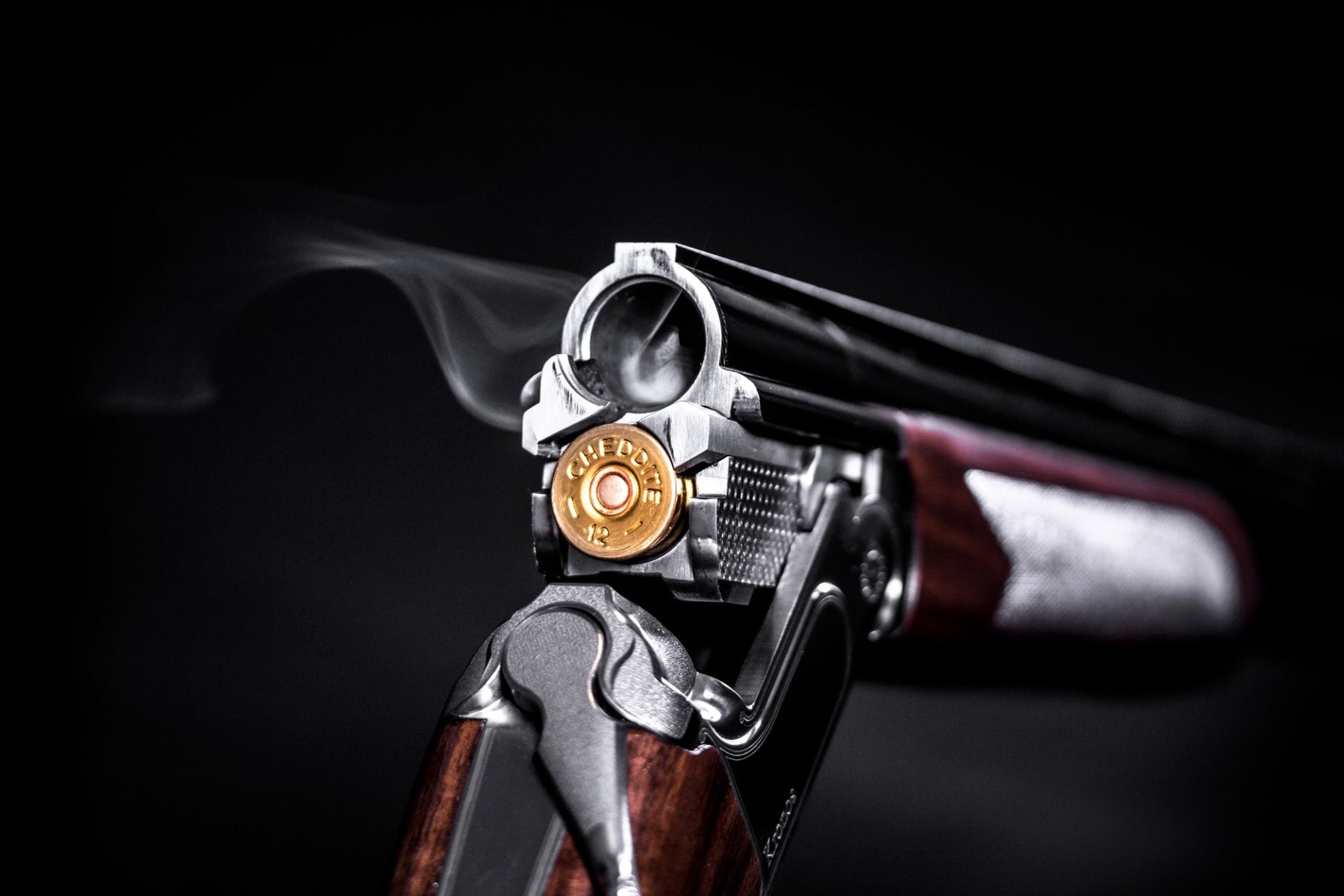 When purchasing shotgun cartridges, there are a number of different factors that will need to be considered, these relate to both the shotgun you’ll be using, as well as what your target will be. The main aspects are as follows:

A shotgun “Bore” is measured in inches, and only a .410 shotgun uses this actual measurement. The “Gauge” of a .410 Bore is actually a 68 gauge (often referred to as a “36 Gauge” though no one is sure why as the maths don’t work).

This is usually expressed on a cartridge box as bore, gauge or calibre.

The Chamber refers to the part of your shotgun where the cartridge will sit, and the chamber size refers to the length of the Shotgun Cartridge it can accommodate (when fired). It is important that you know what size your chamber is as putting a cartridge in that is too big for the chamber can be very dangerous. The pressures will be too great for the gun and it could literally explode in your face. Don’t take a risk if you aren’t 100% sure that you’re picking the right cartridge; it isn’t worth it.

This is something you’ll need to know before buying cartridges, but if you are unsure of the size of your chamber then simply ask someone who works in a gun shop or ideally a gunsmith — it is usually stamped on your barrels when you disassemble the gun.

This small disc can be made of plastic or fibre (often also called felt). The effects of either on how a cartridge performs warrants a separate article, so for now all we’ll say is that most plastic wads don’t biodegrade so many landowners won’t allow you to use plastic wadded cartridges — check with them before you go!

The higher the number the smaller the size of the shot, and what you choose should be depicted by the distance and size of your quarry — a “No.7” is a relatively small shot size and suitable for partridge etc., a “No.4” is quite large and suitable for duck, a “No.2” would be used on foxes and geese.

The volume or payload of the shot is expressed in grams (it used to be in ounces) — for example, a typical pheasant shooting cartridge would be a 12 gauge cartridge loaded with 28 grams (1oz) of No.6 shot.

Recoil is a complex beast and will depend on various factors, however, generally speaking, the greater the weight of the shot the greater the recoil will be. That’s why it is essential to wear the correct shooting clothing, and a high-quality shooting jacket to ensure that you don’t sustain an injury.

In theory, you should now know what a 12 Gauge, 30g, No.6, Fibre Wad, 65mm cartridge is… but you may hear people asking “how fast is this cartridge?” — The common replies tend to be “faster than these” or “slower than those”!

Speed is measured in FPS (feet per second) and is often described on the box as velocity. However, many manufacturers don’t publish the speeds on the boxes so rather than research many people just guess. The important thing to remember is the manufacturers produce every possible variant with a balance in mind (speed/killing power/soft recoil/cost) — just find one that does what you want it to and don’t worry about it. Speed certainly isn’t everything in cartridge choice, as a slower option can often provide a better pattern. Again, don’t be afraid to ask if you are unsure!

If you would like more information about shotgun cartridges or need some advice about how to choose the perfect gun cabinet, get in touch with us today and we will be happy to answer any questions you may have!