This time of year, the sun and heat can present some challenges for our canine friends.  It is up to us, as responsible and loving dog owners, to stay informed about the precautions we need take to ensure their wellbeing in the hot summer heat.  And sometimes it means doing what’s right to protect your dog’s health and having to endure ‘sad-dog-eyes’ because you need to leave them home where it’s cool.

Water – It is always important to keep your dog well hydrated but even more so when the temperatures soar.  Make sure to regularly replenish your dog’s water bowl and ensure they have constant access.  If you are going out with your dog be sure to bring fresh clean water and a bowl for them to drink from.

The Labrador retriever needs little introduction, being the most popular pet dog in the UK, and also one of the favourite working gundogs in the country. Labrador retrievers are a popular choice for working dogs, being guide dogs for the blind, therapy dogs, helper dogs for deaf and disabled and drug sniffer dogs too. The breed has definitely made its mark with their easy-going temperament, general good health and hardworking attitude. 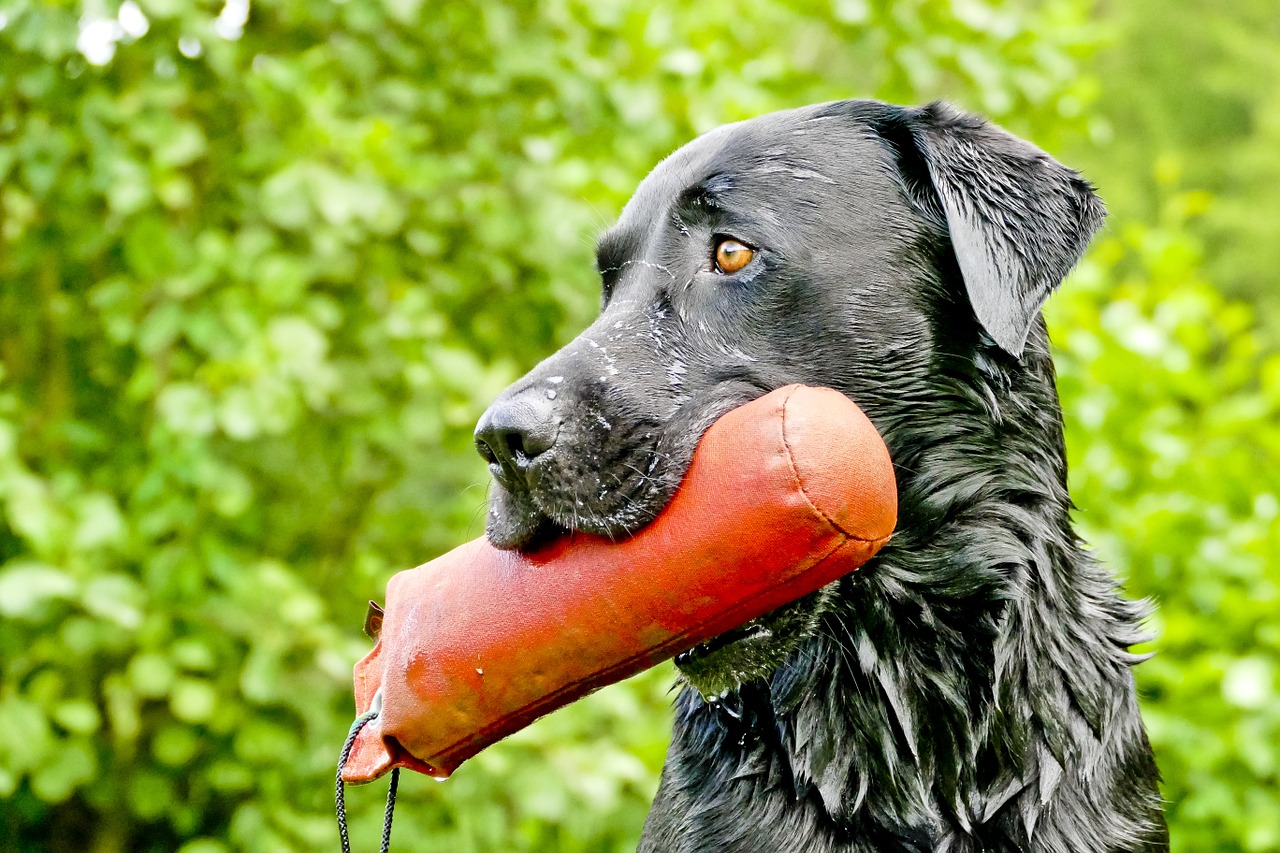 The shooting season is over but in addition to your own skills being kept sharp with clay shooting (read our blog on that here) your gun dog also needs to be kept in shape. As there is no work in the off-season, your dog is likely to get out of shape and could forget some of its well-learned skills before shooting starts again.

After being banned in Scotland back in 2007, new legislation is to be instated to allow the tail docking of working dogs. This is just one of the measures being introduced into the country to improve the welfare of animals, and preventing injury in working dogs later in life.

The new laws to be bought in are very specifically targeted at working dogs, lifting the ban on tail docking where the vet has a strong belief that the puppies are to become working dogs. The ban on tail docking continues to remain for all other dogs kept as pets. Dog tails were historically shortened as it was thought to prevent rabies, as well as strengthening their backs and preventing injuries, and in modern day, tail docking for hunting dogs was used as a preventative measure. Hunting dogs could often get infections due to the abrasion from running through natural habitats such as bushes, thorns and other foliage. These infections could be incredibly painful for the dogs and held a lengthily recovery period. By removing a section or all of their tails when they were puppies meant that this risk was removed with minimum pain and discomfort, and proved a long-term solution. The docking of dog tails was banned in Scotland back in 2007 completely, whilst the rest of the UK limited the docking of tails to only those who were proven to have a future as a working dog, this could be determine by breed, such as spaniels, hunt point retrievers and terriers, as well as the history of their owners. This meant that anyone trying to have their dogs tail removed for aesthetic reasons would be restricted, only those who had a good reason to have their tails docked would be permitted. After many years of campaigning and researching, a spokesperson for ScotGov admitted that the 2007 legislation was a little too strict, and that leeway should be granted for those in the gundog community, as this would help the health of the dogs in the future, and overall contribute to their health and wellbeing. “It is a major improvement to Animal Welfare legislation in this country and one we welcome. By targeting the exemption specifically at the particular small sub-set of the dog population where evidence proves beyond doubt that there have been welfare issues which could no longer be ignored, Scottish government deserve immense credit,” commented the chairman of the Scottish Gamekeepers Association, Alex Hogg “Research from Glasgow University, commissioned by the Scottish Government showed that over 1 in 2 working spaniels with full tails suffered one or more painful tail injury in one season – 56% of all studied dogs. The same research also showed 1 in 3 Hunt Point Retrievers suffering the same fate – 39% of all studied dogs. That suffering could not continue indefinitely without address.” He also added that this legislation is all research-evidence based, ensuring that this decision works only in a positive manner, allowing the vets to make a decision on whether they think that the tail docking is absolutely necessary. Putting the decision in the hands of a professional to ensure that the laws are abided by. Ensure that your gundogs are well looked after all year round with our dog essentials, giving them a happy and healthy life abiding by your side, next to your gun slips and helping you to have a successful season.
Recent posts