Tweed is often considered the closest thing we have to British national dress; it is the cloth of royalty, deerstalking, fly-fishing, academics and fictional detectives. Following the path tweed has forged leads us to an interesting history entwined with class, gender and fashion from the 19th-century to the present day. Today we’re delving into the history of tweed and exploring its life from function to fashion.

Tweed is woollen twill cloth woven in herringbone, checked, speckled and houndstooth patterns. Originating in rural Scotland, it is still produced there to this day. The name reflects its original location and its weave, being connected to the River Tweed and a misreading of tweel, the Scottish form of twill.

What Was Tweed First Used For?

Though first worn by farmers to keep warm and dry on the highlands, tweed became a fashionable cloth in the 1820s and 1830s for the English aristocracy who owned estates in the Scottish Highlands. Further into the Victorian era, tweed became popular for various country sports due to its versatility, warmth and breathability. Shooting jackets, trousers, coats and cloaks were tailored and worn by men – and women even enjoyed the cloth for dresses. Tweed garments meant endurance, strength and rural masculinity. 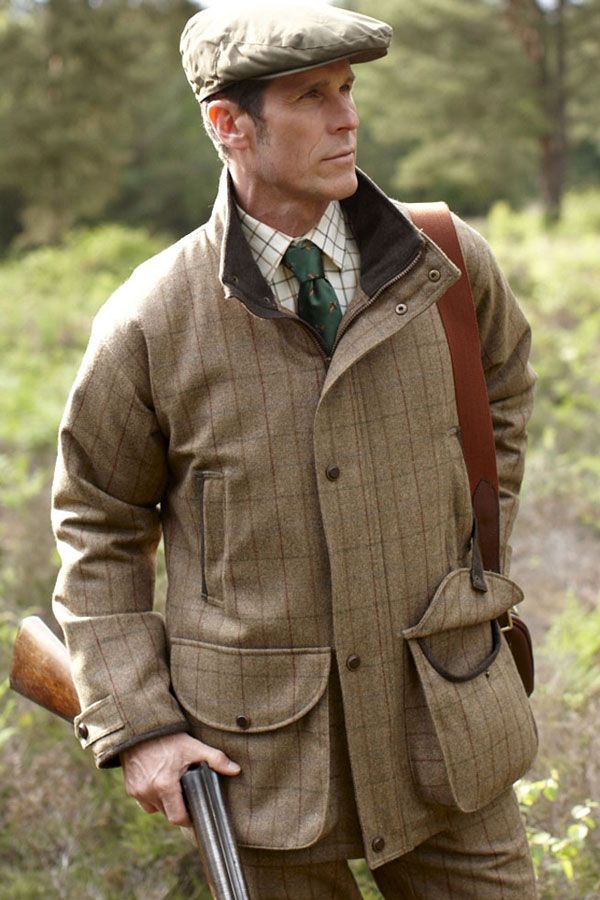 In the 1860s the shooting jacket was refashioned as a lounge jacket, and once matched with waistcoat and trousers, became a business suit. Tweed then started to become more fashionable outside of the countryside, with cosmopolitan men wearing tweed to show their middle-class professionalism and respectability. At the same time, women were adapting tweed into their fashions. Adopting more masculine styles, their clothes were seen as a challenge to the socio-political codes of the late 19th-century. The New Woman ideal, which emerged in the late 19th-century, traded lace and silk for tailor-made tweed and was seen as both practical and a rejection of Victorian femininity. The New Woman cycled the streets in pursuit of independence, education and equality. The Evolution of Tweed In the first decades of the 20th century, tweed once again became conservative. Tweed’s refined and royal connections influenced women’s high fashion, particularly for Coco Chanel. In the 1920s Chanel commissioned Scottish tweed for her collections and tweed dresses, skirts and jackets still remain a part of the Chanel look.

In the Second World War, tweed was seen as being both fashionable and practical. There were adverts for three-piece suits “for the wartime cycling girl” which incorporated trousers, a jacket and a skirt. Women could cycle to work in the trousers then change into the skirt. The ensemble was a representation of the change in traditional gender roles during the war years where the women were expected to work. Into the 1960s, tweed became radical. Abstract patterns and contrasting colours, far from the natural tones that were reminiscent of the moorland and mountains where tweed originated from became popular, and mini-skirts and flared trousers were tailored from tweed. In what used to be a cloth for the countryside gentry, tweed embodied the young, fashionable and politically progressive. In the 1980s, fashion designer Vivienne Westwood reinvented tweed once again for a new generation for her historical and punk-inspired collection. 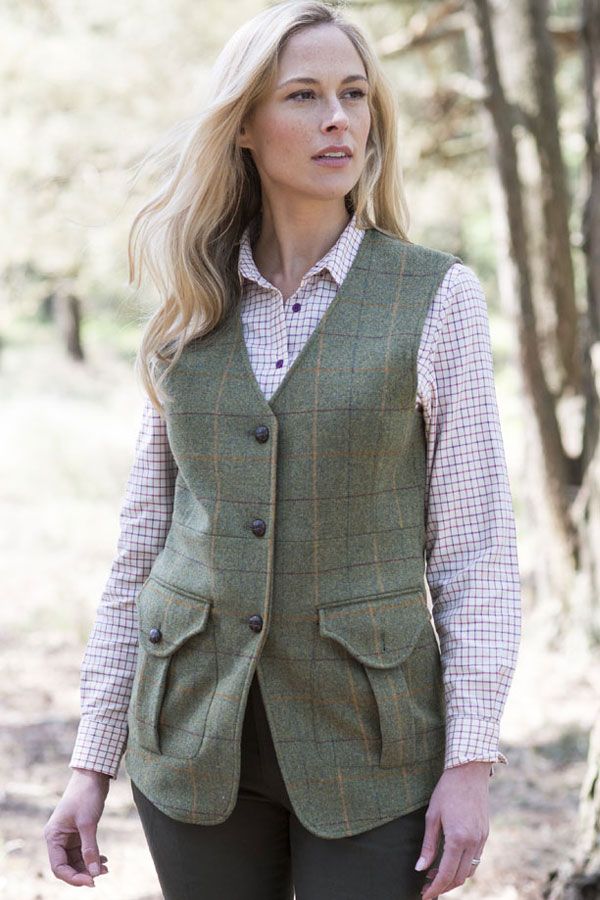 Tweed then began to fall out fashion, becoming the cloth of choice for the academics and countryside dwellers; it was again associated with old-fashioned values, shooting traditions and upper-class wealth. However, in the 21st-century, Tweed has once more seen a revival, with many fashion houses spouting out that ‘Tweed is Chic’. Its use has been driven by its high quality, versatility and interesting history.  Events such as the Tweed Run, coming to London in May, and also held in cities around the world, has given lovers of the material a chance to show off on a bicycle jaunt, wearing anything tweed, from a flap cap to a cape. In a nod to both history and fashion, fictional characters like Doctor Who, Sherlock Holmes and Miss Marple are costumed in tweed. Doc Martens have produced shoes in Harris Tweed for its Made in England range, drawing on the quality of the cloth and its punk heritage. Nike also has a range of shoes in Harris Tweed, recognising the shift in traditional upper-class country sportswear to modern streetwear. At the other end of the fashion scale, Versace, Prada, Dolce and Gabbana, Paul Smith and Ralph Lauren borrow from tweeds expansive history, from the 19th-century fashions up to the 1980s punk styles for their tailoring. Tweed’s strong associations with the countryside and shooting etiquette are still ever popular due to its practicality, durability and aesthetic.

Here at Fur Feather & Fin, we offer a range of stunning tweed clothing for men and women from tweed shooting jackets to waistcoats, proving ever popular as a choice of clothing for those with a passion for the countryside. In today’s fashionable world, wearing tweed evokes its complex history and its negotiation of class, gender and fashion. Simultaneously, tweed is traditional and radical, old-fashioned and haute couture and something that we will love forever in country wear and in fashion.

We would love to see some pictures of you in your finest tweed, so be sure to tag us on Facebook (@furfeatherandfin) or Instagram (@furfeather_fin) and in the meantime, take a look at our other blogs on ideas for outdoor pursuits where you can wear your tweed clothing from the best apps for walking to wildflowers to look for in spring and summer.